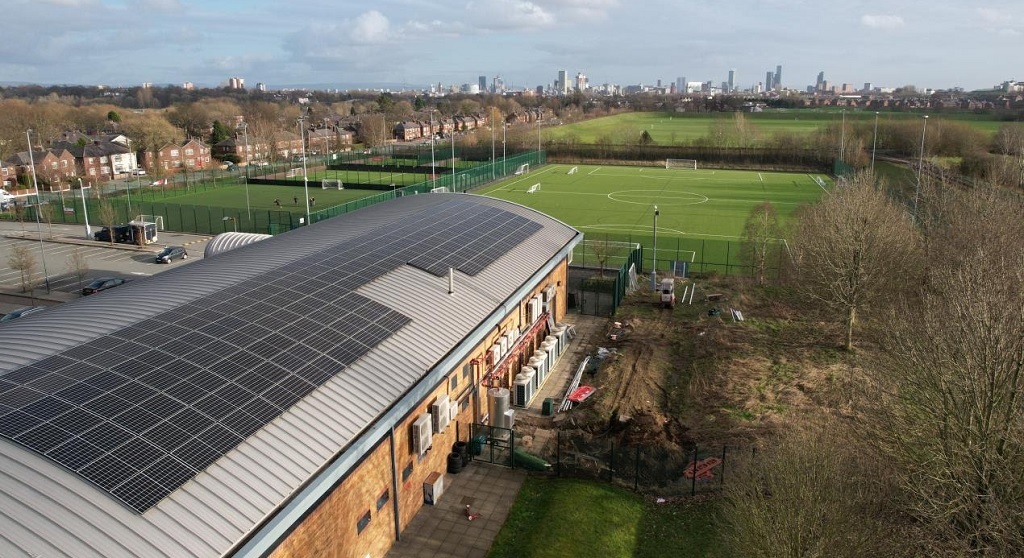 Salford City Council has successfully installed 2,562 solar panels on public buildings across the city as part of a £7.45 million scheme.

The scheme, which received funding through Salix Finance via the government’s Public Sector Decarbonisation Scheme, added solar panels with a total generation capacity of 2,498,663kWh to Salford’s public sector buildings.

First announced in 2020, the scheme has delivered a range of different decarbonisation measures to the city, aiming to reduce its carbon footprint and help it to reach Greater Manchester’s target of becoming net zero by 2038.

The scheme has been made possible as part of £78 million secured by the Greater Manchester Combined Authority (GMCA) and 15 other partners from the Public Sector Decarbonisation Scheme.

With this, Greater Manchester received funding to support energy efficiency upgrades to 200 buildings across the city region with Salford receiving £7.45 million.

Alongside solar panels, buildings in Salford benefitted from the introduction of air source heat pump systems on 12 sites to replace previous heating systems and the installation of battery energy storage systems (BESS) at four sites.

The BESS systems are a unique complement to the solar panels, providing a means to store green energy for use when demand is high. This helps mitigate the impact of blackouts on the energy grid in addition to promoting low-carbon energy for buildings.

In total, Salford City Council has delivered energy-efficient improvements to 30 public buildings across the city including sports facilities and children’s homes. It’s thought that the improvements will save 2,498,663 kilowatt hours of energy and 584 tonnes of carbon.

In a statement. Salford City Council said, “The energy that the programme has saved would get you around the world 301 times in an electric car or be able to power a city of 277,629 houses – which would be over double the size of Salford – for a day.”

Of the sites that received a boost to its renewable capacity, Salford Sports Village in Kersal received the most measures.

“This scheme will significantly reduce the carbon footprint of a number of key buildings across the estate, including our leisure and sports facilities and children’s homes, which will now be sustainably heated and better equipped to help us build a greener Salford in the coming years.

“However, we know we must do more to address the climate emergency and in addition to our £126 million of investment in our green spaces and walking and cycling routes across the city, our state-of-the-art solar farm will help us turbocharge our ability to generate clean energy in our city.”

The scheme has enabled an energy generation output of 778,130kWh per year. This is expected to be tripled once the construction of a large-scale solar farm has been completed in Little Hulton.

Little Hulton solar farm will be built over 3.79 hectares, with 5,094 solar panels installed over five months in 2021 at the site on Kenyon Way. Planning permission for the site was approved in June 2020.