You are here: Home > Manchester to begin £6m scheme to decarbonise public buildings 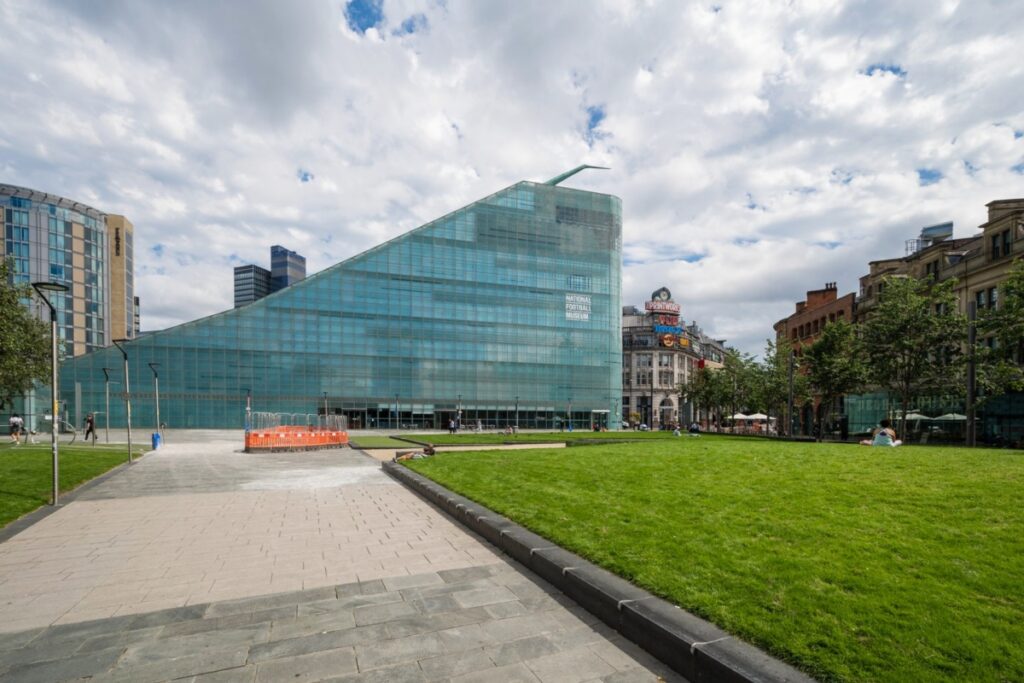 As part of the third phase of the government’s Public Sector Decarbonisation Scheme, which aims to cut emissions by 75% from 2017 to 2037, upgrades will be seen at institutions across the country including Manchester’s National Football Museum.

Funding has been awarded through the Department for Business, Energy and Industrial Strategy’s (BEIS) Public Sector Decarbonisation scheme, with money going to councils across the country.

Manchester City Council will be contributing an additional £1m to go towards decarbonising the city’s publicly owned buildings, making up an overall fund of nearly £6m for the project.

The funding has been released to make allowances for the installation of low carbon heating systems, including heat pumps and electric heating in existing buildings. Many projects across the UK will also fit wall and roof insulation, double glazing, LED lighting, and renewables such as solar panels to accelerate decarbonisation

According to the government, these measures will save taxpayers an estimated average of £650m per year over the next 15 years.

It is also hoped the project will put Manchester closer to its goals of halving carbon emissions by 2025 and becoming net-zero by 2038.

Cllr Tracey Rawlins, Executive Member for Environment for Manchester City Council, said: ‘Council buildings are our biggest source of direct emissions. Taking action to retrofit these buildings and significantly improve their energy efficiency is one of the ways we are facing up to the urgent challenge of climate change.

‘I am pleased that we have been able to secure further funding to support this ambition. We will continue to pursue the potential for retrofitting, whether for our buildings or the city’s wider housing stock.’

In previous phases of the scheme, Manchester City Council was awarded £19.1m and work has already begun on 13 buildings in the city, including the National Aquatics Centre, National Cycling Centre and Town Hall Extension.

This third round of funding for Greater Manchester will be mainly used to install air source heat pumps in council-owned buildings, however, solar panels and LED lights will be put in place where appropriate.

Other buildings due to benefit from the scheme include Hulme’s Claremont Resource Centre, Harpurhey district social services offices, The Place on Platt Lane in Fallowfield and Our Central Park in East Manchester.

Two locations in Wythenshawe will undergo work too, at the Hall Lane Resource Centre and Wythenshawe Active Lifestyle Centre.