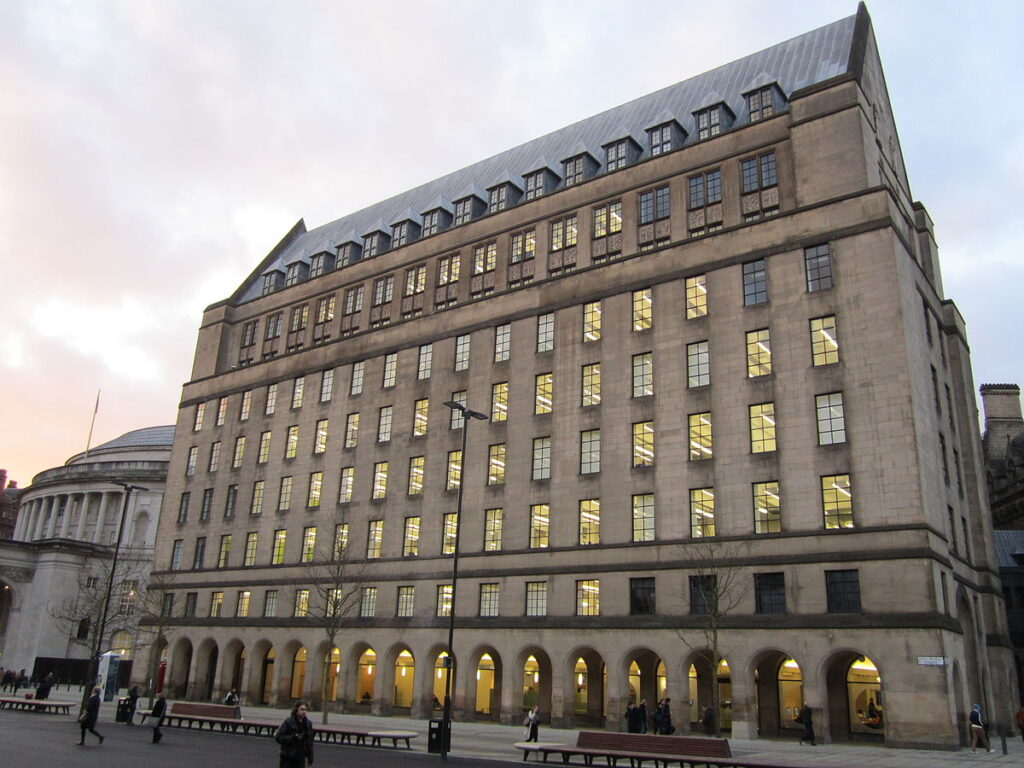 Manchester Town Hall Extension is one of the major buildings being upgraded.

The majority of works to cut climate change-causing carbon emissions from council-owned buildings under a £19m scheme have now been completed.

The programme is seeing 13 buildings across the city benefit from a combination of energy efficiency measures, renewable energy generation (such as the installation of photovoltaic cells) and switching from gas to electricity (with a mixture of ground source and air source heat pumps being installed.)

One year after Manchester City Council secured £19.1m from the Government’s Public Sector Decarbonisation Scheme, as part of a joint bid co-ordinated by Greater Manchester Combined Authority, rapid progress has been made on the projects.

High profile sites that are being upgraded include Manchester Aquatics Centre, the National Cycling Centre, and the Town Hall Extension.

The schemes will collectively save around 2,000 tonnes of carbon emissions a year – around 40% of the target saving for council-owned buildings by 2025 under the Council’s current Climate Change Action Plan.

Read more on this story on the Manchester City Council website.