You are here: Home > Over £122m will be spent to reduce ‘more than 10 million tonnes’ of sewage and clean up Greater Manchester rivers 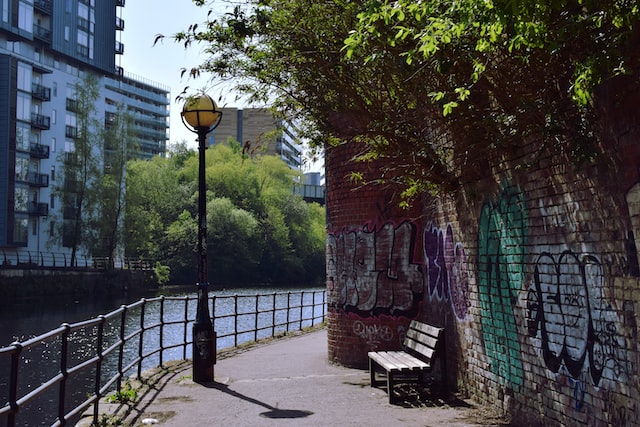 More than £122 million will be spent to clean up Greater Manchester’s rivers and wastewater systems.

The initiative from United Utilities comes as part of a bid to reduce the amount of sewage pumped into rivers by more than 10 million tonnes.

The investment will see 184km of the region’s rivers improved by 2025 and reduce the need for ‘storm spills’, a measure used to prevent flooding when there is too much rain, by mixing rain water with sewage and eventually flowing back into rivers and seas.

United Utilities say that around 4,000 Olympic-sized swimming pools could be filled with the amount of waste that the scheme will prevent from entering the region’s waterways.

Cleaning up the region’s waterways will help encourage biodiversity within our rivers and create a healthier natural environment.

Bolton will getting the biggest share of the funding (£57 million) which will be used to build additional storage capacity at Bolton wastewater treatment works and seven other locations in the area, reducing the need for storm spills and improving 21km of the River Croal.

Bury will  receive £50 million to upgrade Bury wastewater treatment works, which will in turn improve 40km of the River Irwell.

In total, £230m will be spent across the Northwest, with Rochdale (£5m), Worsley (£4m), Mossley (£3.8m), and Wigan (£2.5m) in Greater Manchester all due to see improvements to their sewage networks and waterways.

Jo Harrison, director of environment planning and innovation at United Utilities, said: “At United Utilities, our purpose is very clear – we don’t just supply water, we also want to make the North West greener, healthier and stronger. We work very hard to maintain a high level of environmental performance and we’re pleased that for the second year running we have been awarded the top 4-star rating by the Environment Agency.

“We know there is always more to do, and playing our part to improve the health of the region’s rivers is very important to our customers. This is already well underway and, by 2025, we will have invested £230m improving 184km of waterways and we will have developed our plans to progressively reduce the impact of storm overflows in the coming years.”