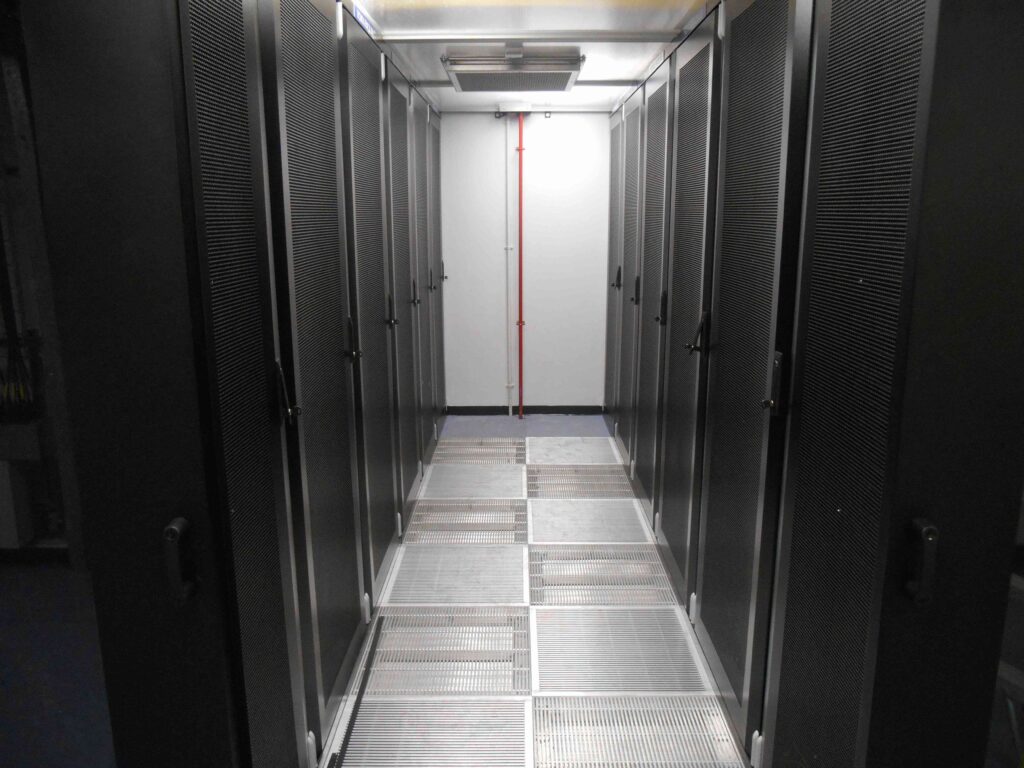 The data centre at TalkTalk

Research undertaken by TalkTalk with the United Nations found that 80% of the emissions cuts needed from the telecoms sector can be met through renewable energy and energy efficiency.

TalkTalk, one of the largest telecommunications companies in the UK, moved its headquarters from London to Salford, Greater Manchester, in 2019 – and his since been working in the region to innovate with new sustainability measures.

As a provider of broadband as well as mobile networks, the company deals with an average 61 billion DNS requests every day – which is the number of times their servers need to find the right address to connect users to websites.

That process equates to around 42 million requests per minute, putting a huge strain on data centres and draining a lot of energy to meet demand.

Equipment in exchanges and data centres emit a lot of heat and require constant cooling by fans.

TalkTalk has worked on a number of innovations to improve its energy efficiency, with one such measure including introducing external air to cool data rooms, rather than relying on energy-intensive refrigeration-based cooling systems.

The new systems typically use 85% less energy and have so far seen successful installations at two of TalkTalk’s data rooms in Greater Manchester.

The company is now also looking at switching its backup generators from diesel power, and is trialling vegetable oils, and its staff are always looking for new ways to save energy.

Andrew Neve, Head of Field & Data Centre Engineering at TalkTalk, said: “Our equipment in exchanges and data centres requires large amounts of electronic equipment in the form of large units which emit a lot of heat and require constant cooling by fans.

“One of our engineers noticed that the fans, which had all been installed at the same time, were still on the default setting of 100%. Over time, our older machines were being used less, but the fans were still using a lot of energy.

“By doing something simple as observing this and lowering the fans output, we’ve been able to conserve a lot of energy.

“And our latest innovation linked to this initial idea relates to our diesel-powered backup generators. They are used if there are any outages, but now we’re trialling vegetable oil in place of the diesel. Sometimes it’s those initial small changes that can snowball into larger ideas.”