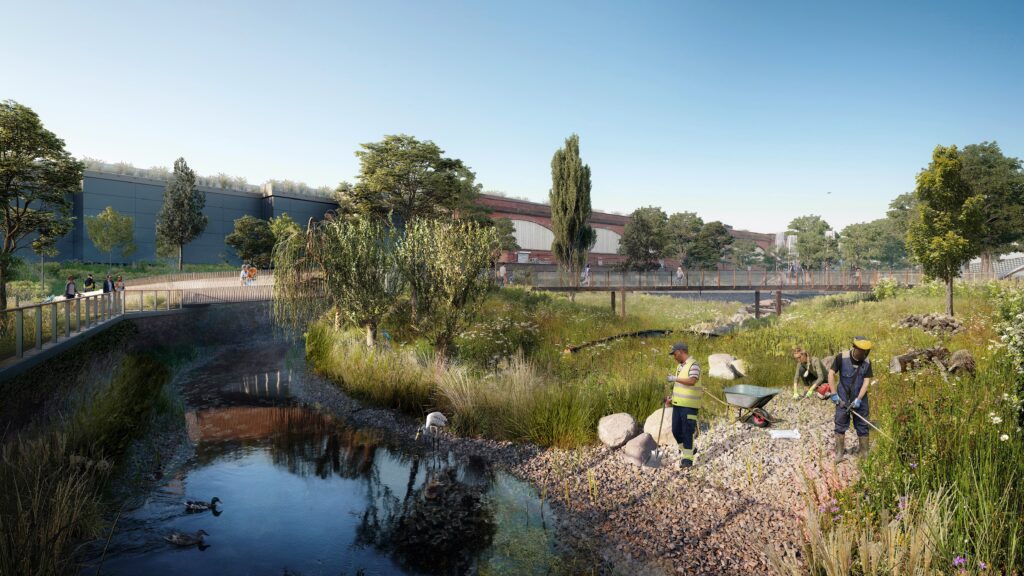 An artists impression of Mayfield, Manchester’s first new public park in over 100 years.

The developers behind Manchester’s first new public park in 100 years are taking more than a splash of inspiration from the area’s proud industrial heritage. A collection of recently-discovered wells, some dating back to the Victorian era, are set to provide the new Mayfield Park with a sustainable source of water for irrigation.

The construction team delivering the new Park has located 12 wells across the 24-acre site. While many were backfilled or damaged, and have been permanently capped,  three wells – the largest of which was used to supply the former Britannia Brewery which was based on the east of the site in the late 19th and early 20th Century – will be reused.

The well water has been subject to stringent tests and declared safe for irrigation use. This means that 20 cubic metres of water per day can be pumped from the wells to keep the park’s hundreds of trees and plants lush and thriving, reducing the burden on the mains supply and providing significant sustainability benefits.

Established in the 1830s, the Britannia Brewery was described in 1888 by the Manchester Courier and Lancashire General Advertiser as “one of the most important in Lancashire” and was able to produce more than 300 barrels of beer a week. 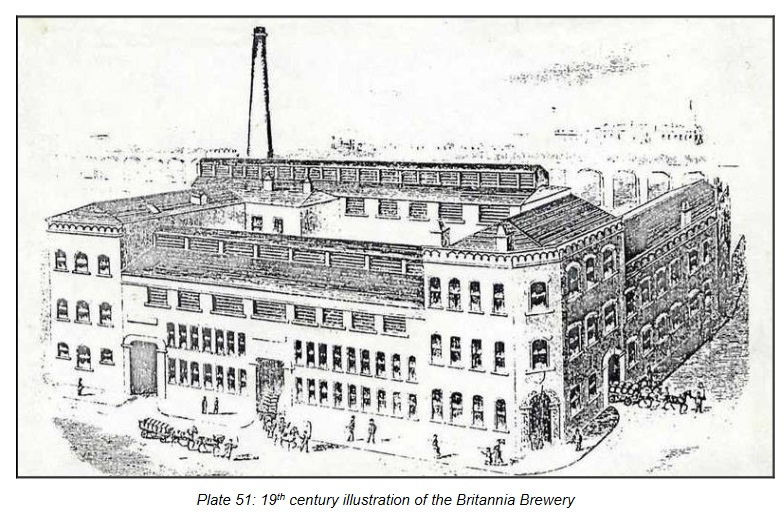 The plan to reuse the wells is the latest step taken by the Mayfield Partnership – the public-private venture led by U+I – to incorporate Mayfield’s rich history into its new lease of life.

The wells were discovered while archaeologists were on-site cataloguing the historic features of the Mayfield site, which sits adjacent to Piccadilly Station.  They are among several important  discoveries made at Mayfield as work on the transformational £1.4bn regeneration scheme gains momentum.

Mayfield Park was one of seven projects in Greater Manchester to receive a share of £54.2m from the UK Government’s Getting Building Fund.

The Government pledged £23m of investment from its Getting Building Fund – one of the largest investments in any single project – to Mayfield Park.

The long-term proposals at Mayfield will seek to enhance many of the site’s historic features. The vast depot building beneath the station building has already been transformed into a new cultural venue, Depot Mayfield, which contributed to bringing 330,000 visitors to Mayfield in 2019, after more than 30 years of decline.

Overall, the Mayfield regeneration scheme – one of the largest in the UK – is set to transform a previously derelict part of Manchester’s industrial heritage to deliver 1,500 homes, 1.6m sq ft of market-leading commercial space, 300,000 sq ft of retail and leisure facilities and 14 acres of new public realm.

Mayfield Park is due to open to the public in Autumn 2022, and forms part of the wider Mayfield urban neighbourhood regeneration project.