You are here: Home > Plans for a 27-acre solar farm between Rochdale and Heywood approved 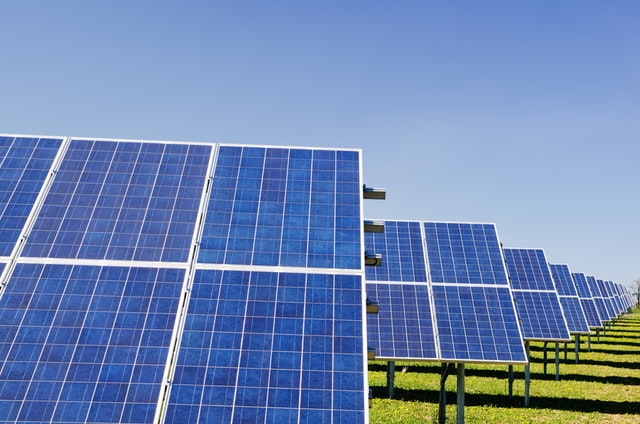 Plans for a 27-acre solar farm on green belt land between Rochdale and Heywood have been given the go-ahead.

The site, which will generate 4,500-megawatt hours of electricity per year, is to be installed on greenbelt fields south of Chamber House Farm, off Rochdale Road East.

Rochdale Council estimates the farm will generate 4,500-megawatt hours of electricity per year which is enough to power 1,250 homes. This is equivalent to powering 1.4% of the borough’s homes, over a 30-year lifespan.

Despite its green belt location, officers recommended approval of the plans on the grounds it would make a significant contribution to reducing carbon dioxide emissions and tackling climate change.

Heywood North councillor Liam O’Rourke told a meeting of Rochdale Council’s planning committee the farm would be ‘massively positive’ for the vast majority of people, improving the environment and lowering bills.

A previous application had been approved in 2015, but changes to government subsidies meant it was not financially viable to go ahead with the project.

Simon Taylor, agent for Rochdale Development Agency, said the main difference between the two proposals was the new one boasted more streamlined technology, as well as a reduction in the number of substation buildings, meaning there was ‘less visible infrastructure about the height of the panels on site.

He added that there would also be an overall enhancement of local ecology through the infilling of gaps in hedgerows, extensive tree planting and sowing and upkeep of an undisturbed wildflower meadow across the site.

He also claimed that the development would be entirely reversible at the end of its 30-year lifespan.

He told the committee: “In the longer term it will help to promote the principal aim of the green belt by preventing more permanent and visually intrusive residential and industrial urban sprawl that might threaten to merge the neighbouring towns of Heywood and Rochdale.”

Councillor Liam O’Rourke Portfolio Holder for Climate Change and Environment at Rochdale Borough Council echoed Mr Taylor’s comments. He said: “It is a massively positive scheme for the vast majority of residents that will help offset CO2 and also protect that piece of land from other more intrusive variations of development on that site. A solar farm is not a factory, it will not be houses, it will be a solar farm.”

Now, Rochdale Borough Council is searching for a company to design, engineer and deliver Chamber House Solar Farm in Heywood.

The deadline for the procurement exercise is 1 September. Tender documents can be found at the-chest.org.uk.