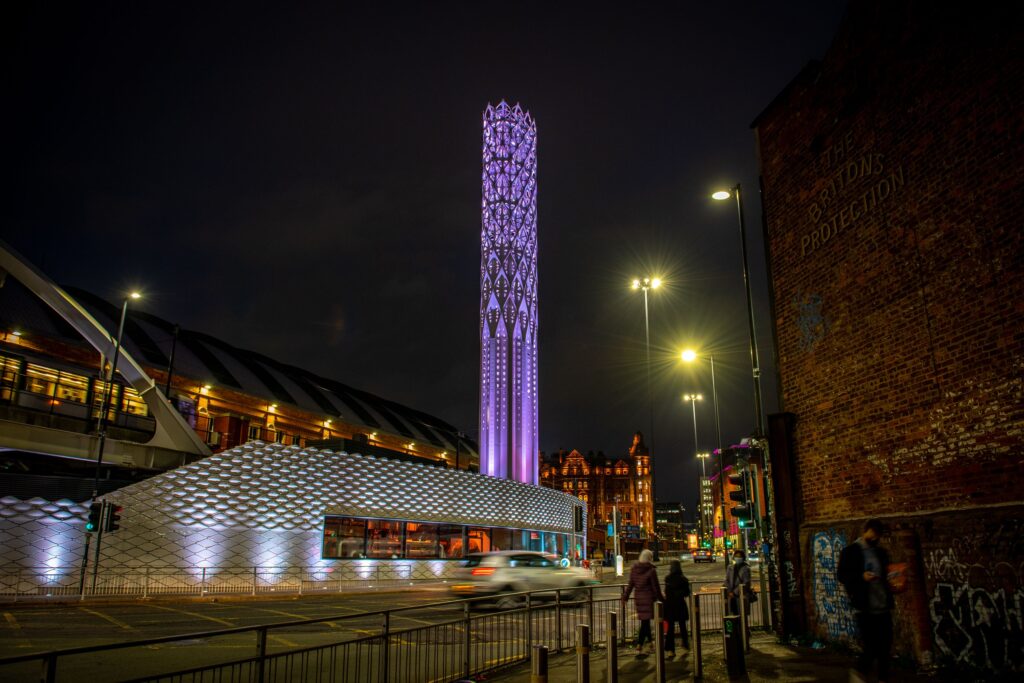 Manchester’s new Tower of Light structure has been officially switched on – marking a milestone in the development of the city’s new Civic Quarter Heat Network.

The 40m tower, which will be lit up every night, is a striking new landmark in the city centre and the most visible manifestation of the Council-owned network which will provide heating and electricity to some of Manchester city centre’s most iconic buildings. The network, which will go live in early 2022, will help them to reduce their carbon emissions and support the city’s transition to zero carbon by 2038.

And the network will also have the capacity to connect to other buildings in the vicinity – both existing and future, whether public or private-owned – helping them to reduce their carbon footprints too.

“As a Council we are committed to playing our full part in limiting the impacts of climate change as the city strives to become zero carbon by 2038 – at least 12 years ahead of the national target.

“It’s a complex challenge but ambitious projects such as this network show that we are taking action to rise to it. As well as looking beautiful, we hope that the Tower of Light will be a beacon for this kind of work.”

The Civic Quarter Heat Network is owned by the Council and built by Vital Energi who are also contracted to operate and maintain it for its first 30 years.

It has an efficient combined heat and power engine which captures and re-uses heat created as a by-product of producing electricity. Although initially fuelled by natural gas, there are plans to further reduce its carbon footprint as alternative measures and fuel supplies become available including the use of biomethane and the potential introduction of hydrogen into the fuel mix in 2024.

Mike Cooke, Vital Energi’s Managing Director for the North and Scotland, said: “We’re delighted to be helping Manchester City Council transition to a low carbon future through the development of the Civic Quarter Heat Network. The installation of future-proof infrastructure will revolutionise how heat and power is distributed through the city.

“The flue’s innovative lighting scheme paired with the partially transparent ‘Wall of Energy’, which allows the public to catch a glimpse inside the energy centre, ensures the Tower of Light will become an iconic feature to Manchester’s skyline.” 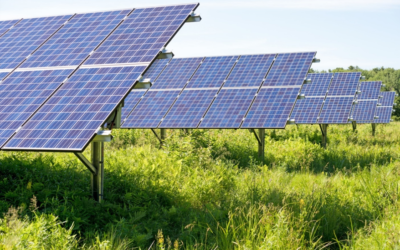 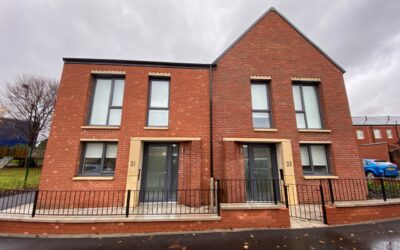 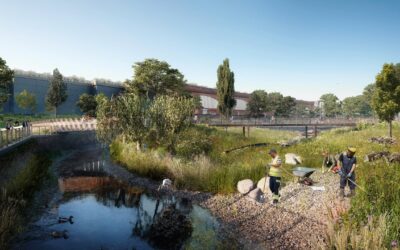