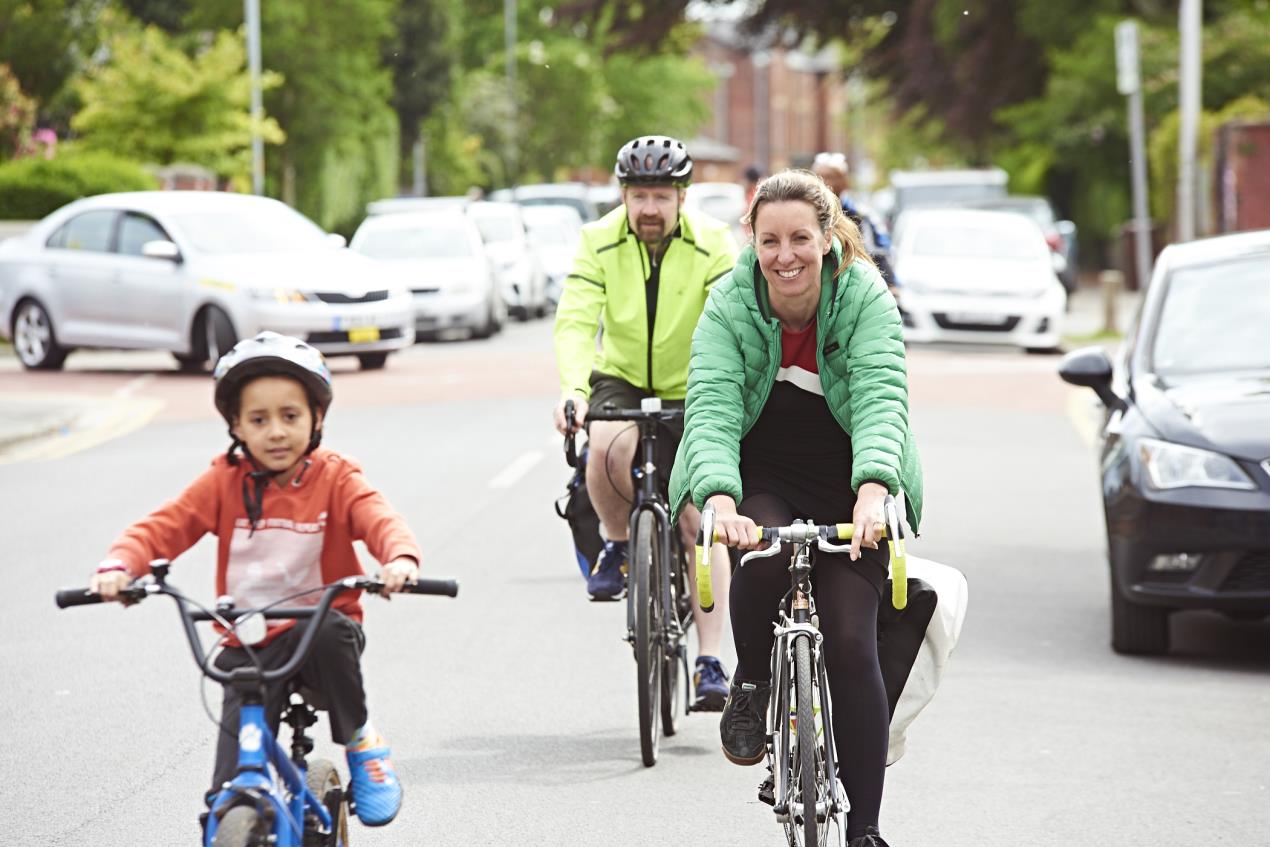 A total of 15 bike libraries are currently live in Bolton, Bury, Manchester, Oldham, Rochdale, and Stockport, with 13 more set to launch over the coming months.

26 community organisations, ranging from primary schools to healthcare providers, have received a grant of up to £5,000 to help set up a bike library. Funding has also been made available for each organisation to access training to help with the maintenance and upkeep of their bikes.

Dame Sarah Storey, Active Travel Commissioner, said: “Bike libraries are an essential part of the GM strategy and enable more people to access cycling in a way and at a time that is right for them.

“Many people using the libraries may have cycled before but need the flexibility of borrowing a bike to help them rebuild their confidence and try new routes. They are also a good way of working out what sort of bike they may need.

“Along with the cycle hire scheme, which aims to support shorter journeys by bike in specific parts of Manchester, Salford and Trafford, bike library loans are reaching further afield and enabling people to explore their local area at their leisure.”

Walking, wheeling, and cycling are integral to the future of transport in Greater Manchester and are key components in the delivery of a fully-integrated and sustainable transport system, known as the Bee Network. Providing access to bikes for all, though schemes like bike libraries, is a critical element of that.

This ambition is reflected in the refreshed active travel mission for Greater Manchester, which was unveiled by Active Travel Commissioner, Dame Sarah Storey last week. The updated policy sets out Dame Sarah’s priorities and approaches to active travel for the city-region, with a focus on accessibility, behaviour change and clear communications.

Cycle Hire and Access to Cycles is one of five key priorities underpinning the refreshed mission. Schemes like bike libraries are already unlocking the benefits of active travel for communities in Greater Manchester and making these modes of transport more accessible for all.

The majority of the bike libraries now open have standard bikes in a variety of sizes available for people to borrow for free, others request a small charge to support with maintenance and upkeep of the bikes.

Whilst the bike library offer is currently focused on two wheels, there’s a commitment to ensure people who require a non-standard cycle are supported. This will be done by gradually expanding the options available at bike libraries or working closely with organisations such as Wheels for All – which already has sites across Greater Manchester.

Communities for All, based in Cheetham Hill, launched its bike library in May 2022 and have seen members of the community embrace the new bikes to get out and get active.

Mohammed Ali, Manager at Communities for All, said: “A lot of people in the area don’t have a bike and don’t have space to store a bike at home, so our bike library is perfect for people to get access to a bike and take ownership of it during their hire.

“We’ve been hiring out bikes to people that want to go out on their own or go for rides with their children, for as long as they need them. We also use the bikes for different sessions that we run at the centre, to help members of the community build confidence when riding. It’s made a big difference, so far.”

In Greater Manchester, 200 million trips of under one kilometre are made by car in the region every year adding to congestion and poor air quality. This is the equivalent of a 15-minute walk or four minutes of cycling.

Bike libraries offer a range of different bikes to members of the community, including bikes for adults and children, trikes and Bromptons which were delivered in partnership with the Wheels for Heroes scheme.

Each library has a unique approach to loaning a bike as some are exclusive to the organisation’s staff, pupils or members.

If you have a bike you no longer use and would like to donate it, then please contact your local bike library to discuss arranging this.

To find a library near you, or to learn more, go to tfgm.com/BikeLibraries.

Transport for Greater Manchester are a partner Bee Net Zero.