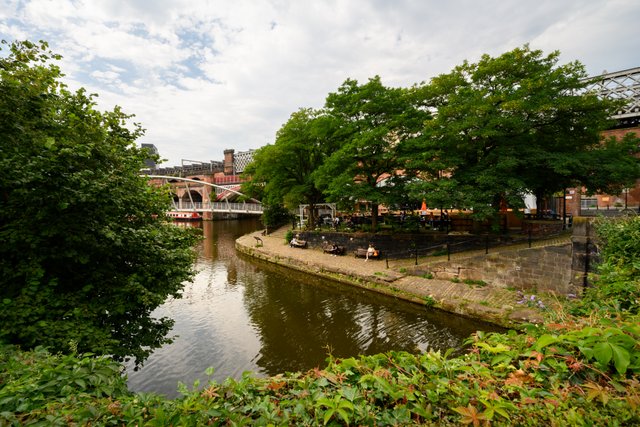 A new biodiversity strategy for Manchester which sets out the steps the city must take to conserve, protect and enhance its biodiversity for generations to come will be considered by councillors this week.

Drawn together by the Lancashire Wildlife Trust for Greater Manchester and numerous partner agencies including the City Council, the Strategy puts urban nature at the heart of Manchester’s ambitions for the future.
In 2021, Manchester became the first major city in England to sign the Edinburgh Declaration, an international commitment that registers concerns on global biodiversity loss, underpinning the city’s commitment and ambition to preserving and enhance biodiversity in the city.

An important part of the council’s ongoing effort to achieve its vision will be continuing work with a range of partners, developing new species and habitat action plans and seeking approval for two new Local Nature Reserves in the city, Kenworthy Woods in Northenden and at Broadhurst Clough in Moston.

The city already has lots of great places for Nature, has eight designated Local Nature Reserves (LNRs) and 37 Sites of Biological Importance (SBIs).

Manchester also has a diverse and dynamic landscape with its network of river valleys acting as wildlife corridors, old woodlands, rivers, canals, meadows, parks, gardens and greenspaces all that act as vital wildlife steppingstones. Combined with rich and varied flora and fauna, including otters being seen for the first time in rivers, there is an important nature network to be protected and managed for people to enjoy now and for future generations.

Manchester’s new “Our Rivers Our City” Strategy has been nominated as a finalist in this years coveted Landscape institute Awards.

These are examples of the way in which the biodiversity agenda is embedded in development plans and policies for the city.

The strategy was informed by an extensive public consultation, pre- and post-covid about the importance of nature in Manchester and builds on biodiversity work started in 2005, and up to the most recent “My Wild City” four- year programme established by the Wildlife Trust in 2018.

Councillor Tracey Rawlins, Executive Member for Environment said: “Putting biodiversity at the heart of plans and development is part of our approach as caretakers of our environment and is part of a wider agenda fitting in with what we’re doing to mitigate the impacts of climate change in the city. We know that nature is important to our residents, so we need to encourage nature-friendly policies that benefit people and wildlife alike.  However, we can’t do this alone and everyone has a part to play in safeguarding our biodiversity and we’ll only achieve our ambition if everyone from gardeners through to developers work together.

“Our plans will form the bedrock of everything that we do; promoting the sustainable growth of the city, improving the health and wellbeing of residents, supporting climate resilience, better sustainable transport, as well as helping to reduce flood risk and improve air quality.”