You are here: Home > Manchester Reuse Centre Saves 500 Tonnes Of Material From Landfill In First Year 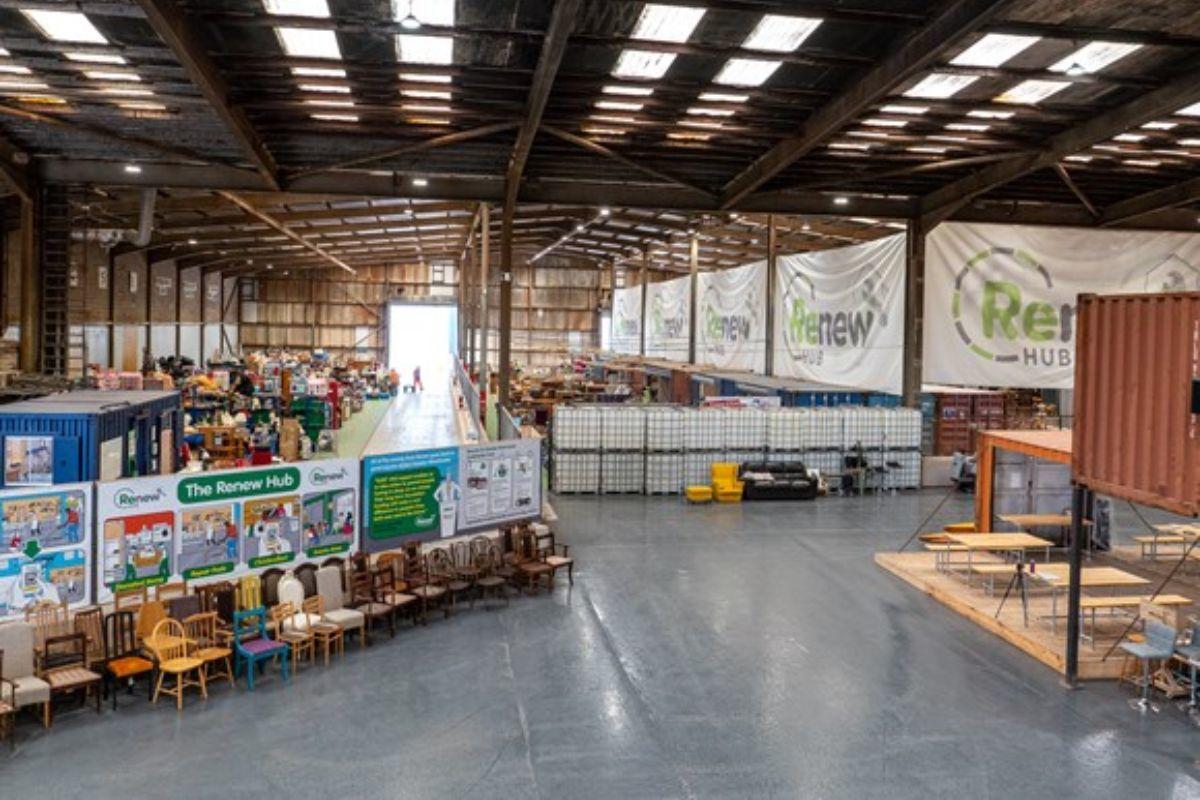 Trafford-based reuse centre The Renew Hub has renovated and resold more than 50,000 items in its first year saving 500 tonnes of material from landfill, the Greater Manchester Combined Authority (GMCA) has announced.

The Renew Hub which opened in July 2021, is the UK’s largest reuse centre, operating over 5000m2 to repair, recycle, reuse, and sell preloved items that would have otherwise gone to waste from across the nine Manchester boroughs.

Items received by the centre have been donated or put aside by workers at household waste recycling centres across the city-region. Once refurbished and upcycled, they are resold via its online eBay store and dedicated shops located in recycling centres in Oldham, Salford, and Altrincham.

In its first year, the Hub has sold 360 of 500 tonnes of preloved items – conceived of 1,984 electronic items, 953 bikes, 745 pieces of soft furniture, and 5,287 pieces of hard furniture – with 65 tonnes going directly to charities supporting those on low incomes.

As it concludes its first year, the facility now plans to launch its first non-profit shop to sell antiques and collectables. It will also begin offering the space for community events, education initiatives, and as a striking event venue.

As well as preventing over 500 tonnes of material from going to landfill, the Hub has created 20 new jobs and apprenticeships with Recycling Lives, a social enterprise aiming to reduce homelessness.

Cllr Martyn Cox, GMCA Lead for the Green City-Region and Waste and Recycling, said: “We have a big target to hit in Greater Manchester in terms of going carbon neutral by 2038, and the Renew Hub represents a major opportunity to change the way we reuse, recycle and cut emissions from waste.

“We need to be thinking about the things we throw away, and the Hub proves that much of what you think is irreparable can actually be repaired. It can be used and loved again with the help of our skilled teams and partners upcycling furniture, repairing bikes and washing machines, and generally seeing the potential in someone else’s unwanted items.

“That ethos of a more circular economy doesn’t just mean cutting waste and reusing items, but also making sure that what happens at the Hub benefits people and projects here in Greater Manchester.

“We’re supporting charities and community groups that are rehoming people in need, providing quality goods that actually have a long life left in them, and our shops are offering an alternative to expensive brand new products for local residents to access. It’s our hope that people across the country will see the difference being made here, and think twice the next time they plan to throw something away.”

Daniel Carolan, Regional Manager for SUEZ recycling and recovery UK, said: “At SUEZ we operate a triple bottom line approach to everything we do to ensure that our work benefits people and the planet.

is a perfect example of this, saving items that would have previously gone to waste and benefiting local people at the same time through the money raised.

“We’re at a key milestone for this project with the launch of our online shop and the ability for the Hub to be used for education and events. That alongside the sheer volume of preloved items we’re processing – that go to people who really need them in this current economic climate – is a triumph and we can’t thank everybody enough who is partnering with us and sharing their skills to enable this to succeed.”