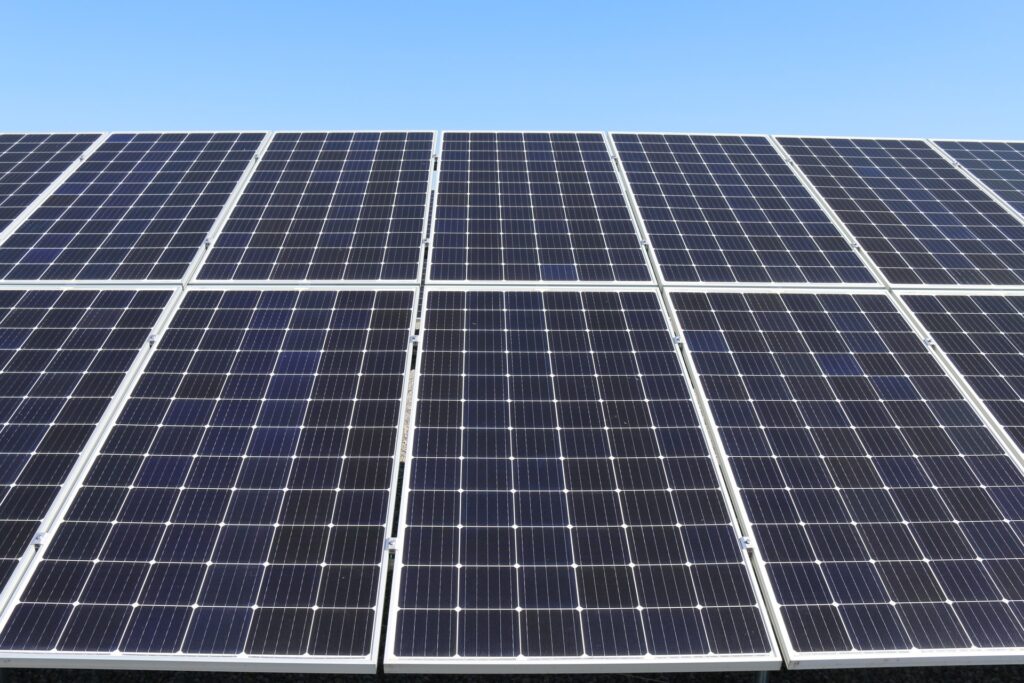 Green growth is a priority within Greater Manchester’s Economic Vision. The pioneering creation of a Local Energy Market for the region is evidence of the innovation already taking place to achieve carbon neutrality by 2038.

Climate change is happening at an unprecedented rate, with sea levels rising, more carbon in the atmosphere than at any time in human history, and the warmest year on record in 2019. As a result, the environment is becoming a hot topic on the global agenda.

However, change is on the horizon as people and governments are beginning to wake up to the reality of climate change. Regions like Greater Manchester have already set in motion plans to become a leading city-region in the global fightback against carbon emissions, pledging to get the region greener before it is too late.

Declaring a climate emergency in 2019, the city of Manchester, alongside the region of Greater Manchester, pledged to become a carbon neutral city-region by 2038, aiming to achieve the goal twelve years ahead of the UK government’s own national target of 2050.

The region is hoping to deliver a 13% reduction in carbon emissions every year leading up to 2038, and while it is an ambitious goal, it is achievable through innovation from individuals and businesses with progression in technological advancement, behavioural change, and the use of Mancunian creative thinking.

A plan for a Local Energy Market (LEM) in Greater Manchester offers an example of how the private and public sector can work together to innovate in the fight against climate change. LEM plans to revolutionise the energy networks across the city-region, supporting a lower carbon future and to drive the region towards its 2038 goal of carbon neutrality. The project will also improve our city-region’s economic and environmental resilience, putting in place the energy infrastructure and grid capacity to support the use of lower-carbon energies.

Proposals would see the ten boroughs of Greater Manchester draw up plans to improve energy efficiency, upgrading energy infrastructure and introducing more electric vehicle charging points as the UK moves towards all road vehicles becoming electric, with the sale of new petrol and diesel cars being banned in just ten years’ time.

The LEM project reduces the overall environmental footprint of Greater Manchester, by building networks allowing energy to travel a much shorter distance from where it is first generated. The two-year project is already underway, running until June 2022, and is financed by a £3m grant from UK Research & Innovation, with partners including GMCA, which works with GM LEP to drive economic strategy for the region.

The pioneering LEM project will create a more efficient and cost-effective energy market for residents and businesses, focussing on the creation of hydrogen and heat networks to reduce carbon emissions and increase network capacity.

Cllr Andrew Western, GMCA Lead for the Green City-Region, said: “This is a genuinely innovative project to be pioneering here in Greater Manchester, and one that will be a key element of our carbon-neutral ambitions by 2038.

“We know that we need to not only reduce but also optimise our energy consumption. A localised system can be a more efficient and cost-effective one for residents and businesses, allowing us to make the transition to new hydrogen and heat networks and increase the capacity of our electricity network.

“This is the smart way forward, and working together with our partners we can lay the groundwork for a low carbon future.”

Projects like the LEM could potentially provide additional economic advantages for Greater Manchester, creating thousands of new jobs associated with the new energy networks, as well as wider green sector jobs such as such as retrofitting homes for energy efficiency and constructing cycle lanes.  This means that there is an opportunity to support the local economy whilst addressing key concerns around climate change.

The recently launched Economic Vision for Greater Manchester underpins the importance of green growth, with the Coronavirus pandemic having taught us the importance of protecting green spaces as a means to supporting the health and wellbeing of local people. As a leader in low carbon innovation, Greater Manchester can help drive the UK at the forefront of new clean technologies of the future.

The GM Economic Vision recognises the opportunity to reset the economy following Covid-19, whilst tackling inequality and supporting businesses to understand the importance of protecting both people and planet as good for productivity and profitability.

Chris Oglesby, GM LEP board member for green growth, said: “Greater Manchester has the ability to drive the UK as a global leader in carbon innovation, and a Local Energy Market is key in the success of the region reaching carbon neutrality by 2038. Projects like this hold the key to solving the climate crisis, whilst creating the next generation of green jobs and infrastructure to support our economy and planet.

“The Covid-19 pandemic has presented us with an opportunity to reset capitalism. Green growth is at the heart of our GM Economic Vision, which sets out the blueprint for a modern economy driven by business and based on the understanding that looking after people and the planet is good for profitability and productivity.”