You are here: Home > Greater Manchester publishes Clean Air Plan, with over £120 million secured to support businesses with vehicle upgrades 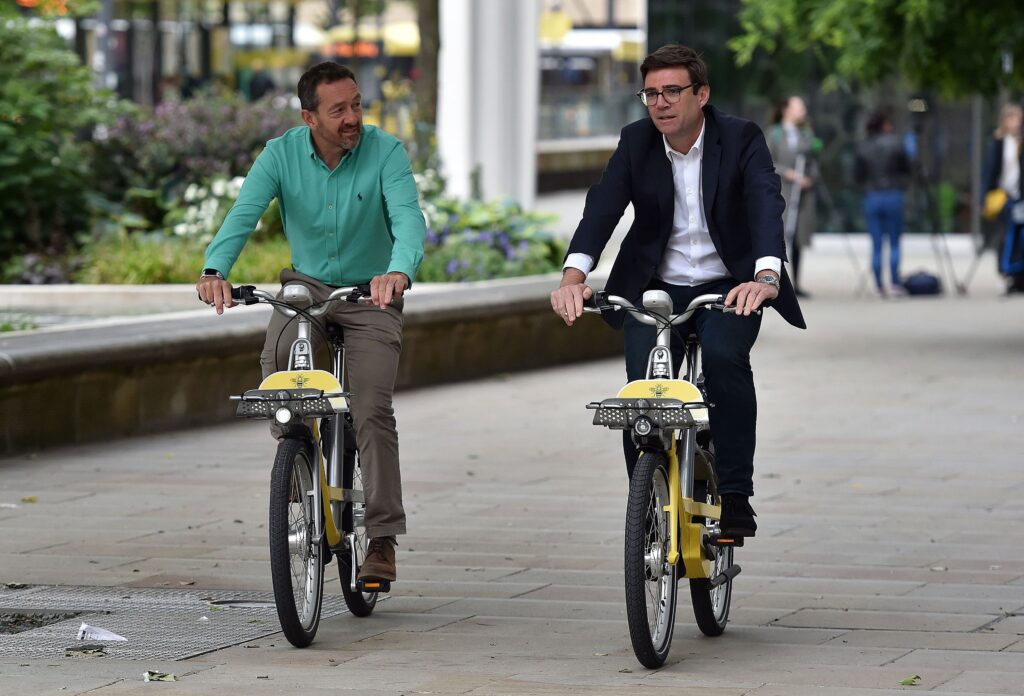 Greater Manchester has published its final clean air plan to kick-start the city region’s green revolution, helping to tackle the problem of air pollution, which contributes towards at least 1,200 deaths per year in the city-region.

Greater Manchester has secured over £120m in government funding to support local businesses upgrade to cleaner, compliant vehicles so they can travel in a GM-wide Clean Air Zone without incurring a daily charge. Applications for funding support will open from November this year. This will be essential to support impacted vehicle owners to upgrade, while facing the economic impact of the COVID-19 pandemic.

In light of feedback following last year’s eight-week consultation on the plans and the impact of COVID-19, particularly on small businesses, GM-registered taxi/private hire owners and LGV owners will be given more time, money and options to upgrade.

This includes temporary exemptions for an additional year (until 31 May 2023) for all hackney and private hire vehicles (PHV) licensed by a GM District. Vans, minibuses, GM-registered coaches and wheelchair-accessible taxis were already exempt from daily charges until 2023.

Following consultation and protracted negotiations with government, GM has increased funding support per vehicle for HGVs, coaches, vans, GM Hackney cabs and PHVs. Vans can now access up to £4.5k towards the replacement of a vehicle – £1k more than initially proposed – and GM Hackney Cabs can get up to £10k. HGVs can now get up to £12k towards replacement, nearly three times more than was initially offered, and coaches are now eligible for £32k.

The city region also today announced that bike-share company Beryl has been selected as the delivery partner to design, install and operate a 24/7, public cycle hire scheme made up of an initial 1,500 bikes and e-bikes at over 200 new cycle hire docking stations across Manchester, Trafford and Salford.

Mayor of Greater Manchester, Andy Burnham, said: “Greater Manchester were the pioneers of the industrial revolution, now we are leading a green revolution, backed with over £120 million that we’ve secured to hand over to businesses to support making their vehicles compliant.

“We listened hard to what business owners wanted and, as a result, taxi drivers are being given more time, more funding and more options. This is part of our wider commitment to put GM-licensed hackney and private hire drivers first, and to lobby government to give us the powers to ensure that only locally licensed drivers are able to operate here.

“The fact is that air pollution is not a problem that is going to go away on its own. Not only has our plan been directed by national government, we’ve taken this seriously and fought to get a plan which has the right funding support for residents and to protect those most vulnerable as well as our trade and businesses. This plan will also have major health and wellbeing benefits for people living near motorways or major roads as there will be less polluting vehicles and HGVs using them.

“Our Clean Air Zone is only one piece of the jigsaw. We’re also fully integrating our public transport system – the Bee Network – and building the UK’s largest cycling and walking network. Today I am also very pleased to announce that urban bike share company Beryl has been named as our delivery partner for cycle hire, with the first bikes going on the ground later this year. Our cycle hire will be one of the largest docked systems outside London and I cannot wait to use the new bikes myself as a way to get from A to B. We’re making huge strides towards our plans to build back greener and be carbon neutral by 2038.”

Greater Manchester lead for Clean Air, Councillor Andrew Western, said: “We want Greater Manchester to be a healthy, sustainable and happy place to grow up, get on and get old and we can’t afford to be complacent about this globally significant issue.

“Over the past year, we’ve rightly focused on supporting our people and our businesses through the terrible impacts of the pandemic. As we now look to recover, and after considering the impact of COVID-19, we want to continue helping those most affected, including small businesses and taxi drivers, by giving them more time as we look to build back better and greener with certainty.”

Greater Manchester’s Transport Commissioner, Chris Boardman, added: “Today is a major milestone for the city-region – not only do we have a solid plan to make vehicles on our roads cleaner, we’ll soon be bringing cycle hire to our streets – providing a healthy, convenient, non-polluting transport option for tens of thousands of people. Together with our plans for hundreds of miles of cycling and walking routes by 2024, we are building a truly world-leading sustainable transport system.”

Beryl CEO, Philip Ellis, who also operates cycle hire schemes in Watford, Hereford, Bournemouth and Norwich, added: “Greater Manchester has fantastic ambition when it comes to green transport and we’re excited to be bringing our experience in delivering world-class cycle hire. There is huge appetite for this scheme and we can’t wait to see people on our bikes and e-bikes later this year.”

Leaders from all ten GM local authorities will be asked to endorse the city-region’s Clean Air Plan – which includes the launch of a GM-wide Clean Air Zone on 30 May 2022 – at the next Greater Manchester Combined Authority (GMCA) meeting on 25 June 2021. This will be followed by approval by individual councils at their meetings.

The ten GM councils are under direction from government to introduce a category C* charging Clean Air Zone – including commercial and passenger vehicles but not private cars – to secure compliance with nitrogen dioxide (NO2) legal limits on local roads in the shortest possible time, and by 2024 at the latest.

Grants will be available for those who need it most, including private hire vehicles (PHV), coaches, HGVs and vans. There are also more options for replacement and retrofit for hackney carriages, PHVs, minibuses and vans.

A Clean Air GM report, will confirm that while the COVID-19 pandemic led to brief air quality improvements, modelling shows it is not expected to lead to long-term reductions in roadside pollution without implementing a Clean Air Zone.

Around 18 bus operators have so far submitted applications for retrofit funding of 750 buses, worth nearly £12m. The retrofitting has now started, with seven operators having started retrofitting their vehicles.

What support is available to non-compliant commercial vehicles?

The support package will help sole traders and the voluntary sector to upgrade non-compliant commercial vehicles and avoid a daily charge with the funding available from November. This includes:

Greater Manchester has also secured funding for over 30 taxi-only electric vehicle (EV) charging points at strategic sites across the city-region.

There are currently around 360 publicly accessible EV charging devices in Greater Manchester with around 700 connectors.

A new Electric Vehicle Charging Infrastructure Strategy, to be published in July, will set out ambitious plans so that by 2030 anyone chooses to travel by car or van will be able to confidently drive an EV knowing that they can recharge it quickly and conveniently across the region.

Following the clean air consultation, and taking feedback into account, the Clean Air Zone boundary has minimal changes and will cover the whole of Greater Manchester, excluding the strategic Road Network (SRN) which is managed by Highways England. However, after years of hard work and following an assessment, government have agreed to include sections of the A628/A57 on the SRN that pass through the villages of Hollingworth and Mottram in the Zone** – helping to protect residents’ health along what have been some of the most polluted stretches of road in GM.

The daily charges also remain the same, as lower charges mean more are likely to ‘stay and pay’, which imposes costs onto businesses without delivering air quality benefits.

It has also been recommended that, following feedback, a consultation is held on the inclusion of motorhomes classified as MSP1 in the GM Clean Air Zone, and a change to the boundary to include the A575 and A580 at Worsley. A six-week consultation is expected to commence on 1 September 2021.

Last year, GM local authorities consulted on minimum licensing standards (MLS) for taxi and private hire services across the city-region. It is intended that the standards will be implemented in two phases and publicised before the GM CAP Clean Taxi Fund comes into operation.

The MLS will support the objectives of the Clean Air Plan, in helping to encourage higher emission standards, as well as delivering against a range of other outcomes, including public safety.

More information is available at cleanairgm.com, where people can also sign up for updates, and gmtaxistandards.com. 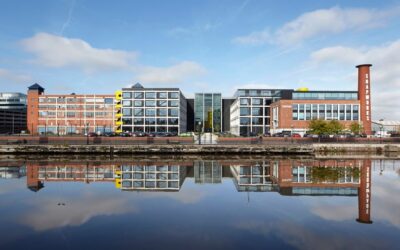 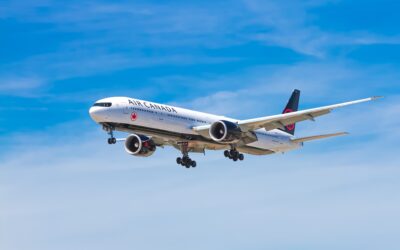 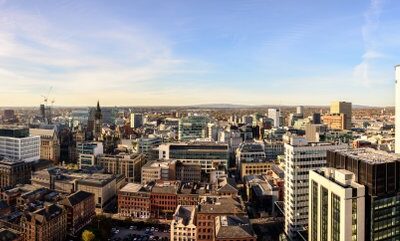