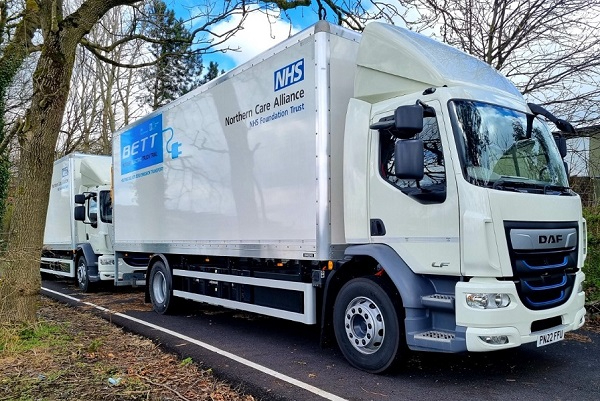 The Northern Care Alliance, an NHS trust which runs hospitals and health services in Oldham, Bury, Rochdale and Salford is the first to have fully electric vehicles in its fleet.

The Northern Care Alliance (NCA) has announced it will be taking part in a year-long trial which will see two fully electric heavy goods vehicles (HGVs) used by the NHS group to deliver supplies.

The announcement comes ahead of Clean Air Day on Thursday, 16 June.

Clean Air Day is the UK’s largest air pollution campaign, bringing together communities, businesses, schools, and the health sector. It’s hoped that local communities in these areas will benefit from improved air quality and reduced carbon emissions in and around their local hospital sites, as one of the country’s largest NHS Trusts trials two fully electric HGVs to deliver supplies.

The Northern Care Alliance, which has a target of net-zero carbon emissions by 2040, is the first NHS organisation in the country to take part in the government-funded trial which will see the NHS get 20 new HGVs across the country. Its two vehicles are expected to save 834g of nitrous oxide emissions a week.

NCA chief executive Dr Owen Williams OBE said: “We’re incredibly excited to be part of this pilot to try new things and discover what these technologies can do for us, as well as move us away from high levels of emissions being brought through our sites and neighbouring communities every day, towards a much cleaner, greener solution that will benefit not only our patients but our staff, visitors and local communities too. It’s not just the environmental impact that matters, these plans, technologies and trials work to deliver improved patient care, save lives, improve lives, and reduce costs and waste.”

The pilot, which started in April, will trial technology that could shape the use of battery electric vehicles in commercial transport. If successful, this pilot could pave the way for a greater number of green vehicles across the country. The electric trucks are fitted with specialist equipment to help log essential data to inform the best use for the new transport solution. This data will ensure the vehicles match the Trust’s service needs and successfully contribute to its aims to achieve net-zero by 2040, as outlined in its published Green Plan.

NCA group head of sustainability Heidi Barnard explained more about the trial. She said: “It’s about trying something new and trying to understand whether this trial can be part of the solution for what we need to deliver.”

Earlier this year, the Northern Care Alliance in Greater Manchester also purchased the first fully electric non-emergency ambulance to transport patients, having trialled a few in 2021. Fitted with Trailar technology, which reduces fuel consumption by using solar energy to power onboard equipment, this vehicle is believed to be the cleanest, greenest and most energy-efficient ambulance in the NHS, according to the NCA.

Trailar, a local solar technology supplier, which gave a donation to the NCA during the pandemic, is helping the Greater Manchester NHS group on its journey to net-zero, by fitting six of its existing 7.5-tonne vehicles with the specialist technology. This technology means vehicles no longer need to idle their engines during deliveries by using solar energy to power the tail-lift, cutting carbon emissions.

Dr Nick Watts, Chief Sustainability Officer of NHS England and Improvement said: “The climate emergency is a health emergency and this is an important step forward in meeting the NHS commitment to reach net-zero by 2040. The new fully electric HGV, along with NCA’s other innovative strategies to reduce emissions from its transport and its overarching Green Plan will mean cleaner air and greater wellbeing for its community and patients.”

The NCA is proud to have been offered not only the opportunity to reduce its carbon emissions but also to contribute to reducing air pollution and improving air quality, which is notably poorer in some of the areas across Greater Manchester. 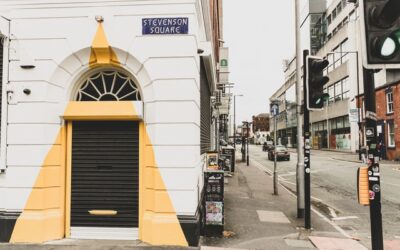