You are here: Home > Go with the flow – new strategy to revitalise Manchester’s river valleys launched 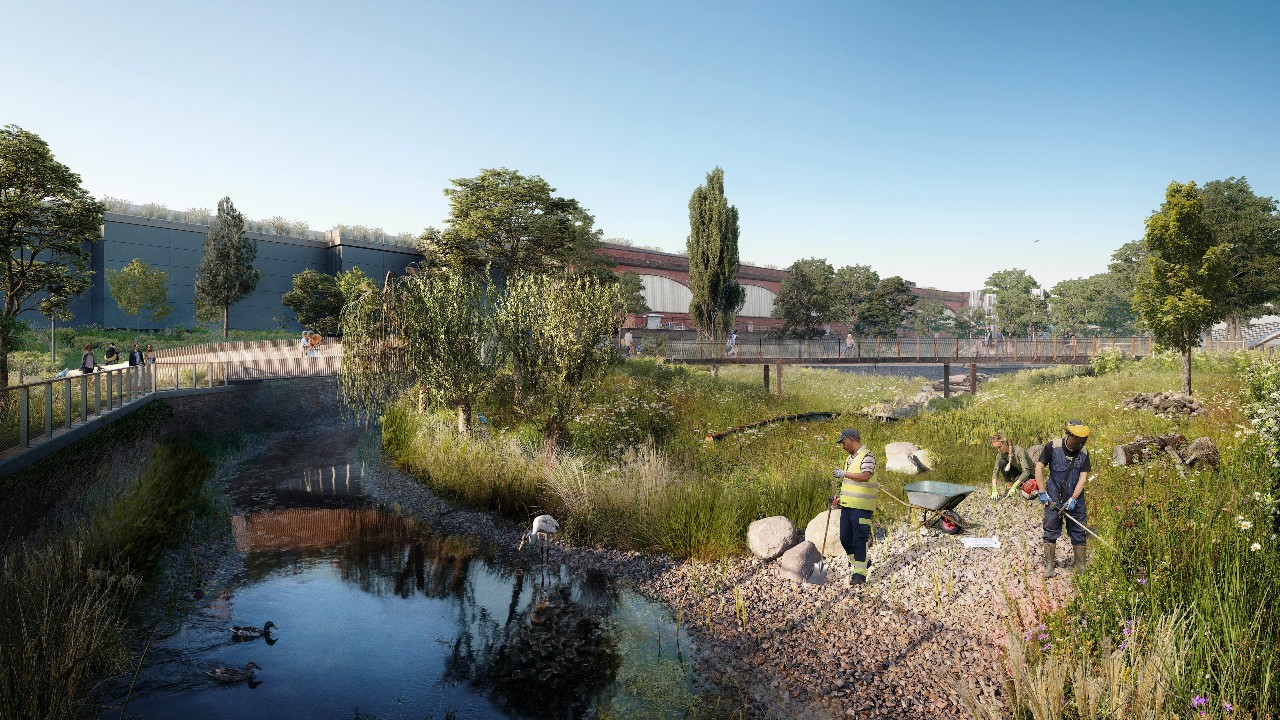 A strategy to revitalise Manchester’s river valleys and put them at the heart of regeneration has been launched today (Tuesday 7 December.)

The Our Rivers, Our City strategy which covers a period up to 2030 aims to make Manchester’s three rivers – the Irk in the north of the city, the Medlock in the centre and the Mersey in the south – a vital part of its future, not simply part of its heritage.

That means boosting their biodiversity and cleanliness, ensuring they are managed in a way which helps prevent and reduce flooding and contributes to the city’s wider zero carbon goals and recognising them as an asset which can play a vital role in the character of new neighbourhoods such as Victoria North, where 15,000 new homes are being built over the next 15-20 years.

The strategy, co-ordinated by Manchester City Council, is a culmination of 18 months of work which has included seeking the views of the public and other partners. Strikingly, 90% of those surveyed said they want Manchester’s rivers to be a real focus of the city.

Manchester’s rivers are already coming out of the shadows. For instance, a previously culverted 350m stretch of the Medlock will form the centrepiece of the new Mayfield Park and a City River Park, following the course of the Irk from the city centre to Queen’s Park will be at the heart of the Victoria North development.

“Manchester’s rivers are a vital asset for the city and we have a clear ambition to restore and revitalise them so that they play a key part in the city’s quality of life.

“There’s considerable evidence that access to biodiversity is important for people’s mental wellbeing and it’s important that our river valleys across the city are inclusive.

“Many people have a role to play in this, from anglers to architects and of course community members, council officers and councillors like me. But having a shared vision of what we want to achieve is critical to realising these ambitions and that’s exactly what this strategy is.

Partners in the strategy include Manchester City Council, United Utilities, the Environment Agency and Natural England and community and third sector organisations.

The strategy has been funded by the GrowGreen project which is an EU Horizon 2020 programme for Research and Innovation to create climate and water resilient, healthy, and liveable cities by investing in “nature-based solutions”. Alongside our partner cities in Valencia, Wroclaw (Poland), Brest, Zadar (Croatia) and Modena; Manchester is working to review and refresh our Green Infrastructure Strategy as part of the ambition of GrowGreen to accelerate and upscale the uptake and understanding of Nature Based Solutions.

The full strategy can be found here.