You are here: Home > Former Wigan and Leigh industrial sites set to become one of the UK’s largest urban nature reserves 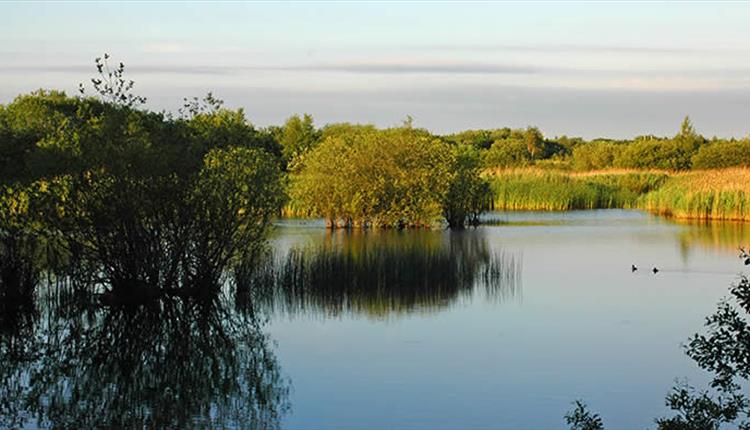 The Flashes of Wigan and Leigh are set to become one of the UK’s largest urban nature reserves and the first in Greater Manchester.

The former industrial wasteland is now a nationally important site for rare wildlife with species such as willow tit and bittern living in its rich wetland, meadows and woodlands.

The 738-hectare area which is close to major urban areas will provide a natural escape for over 300,000 local people. As it joins England’s network of National Nature Reserves communities and young people will have accessible outdoor space for health, recreation, and wellbeing.

The former industrial landscape has been given nature reserve status, not only for its importance in protecting wildlife and natural capital but for its recreational value to the community. It is hoped the site, which is home to a variety of outdoor activities from fishing to cycling, nature walks and birdwatching, will provide new opportunities for sustainable tourism and visits from local residents and those further afield.

The new protected reserve will create an oasis for nature, with Wigan also now recognised as one of the greenest urban boroughs in the United Kingdom.

The designation by Natural England recognises the incredible transformation of the Flashes over the last 100 years.

Lakes which formed because of mining subsidence became home to wildlife like the ‘booming bittern’ as natural recolonisation and large-scale reclamation works healed the scars of industry.

The shallow open water and wetland habitats (swamp, reedbed, tall herb fen, wet marshy grassland and wet woodland) support a rich diversity of birds and other species. This includes over 52 pairs of willow tit, accounting for approximately 2% of England’s population, as well as the heron-like bittern, water voles and great crested newts.

A healthy natural environment and economic growth go hand in hand. By working together to build strong partnerships such as those we see here in the Flashes of Wigan and Leigh, we can provide space for rare species and provide vital greenspace. That will make Wigan and Leigh great places to live and great places to do business in, so helping to attract inward investment.

The unique wetlands in Wigan and Leigh were forged by nature reclaiming former industrial land. Today’s designation demonstrates how it is possible to reverse the decline in nature.”

Nature underpins the British economy with our natural capital estimated in 2019 to be worth £1.2 trillion.

Working in partnership with communities has been key to realising this new National Nature Reserve. Declared by Natural England with Wigan Council, Lancashire Wildlife Trust and Forestry England, the NNR brings together a total of 13 sites, including Wigan Flashes, Amberswood, Three Sisters, and Bickershaw Country Park. It also includes Viridor woodland, planted by Forestry England just over 20 years ago.

National Nature Reserves were established to protect some of the most important habitats for vulnerable species and to provide ‘outdoor laboratories’ for research. They create vital opportunities for the public, schools, and special interest groups to experience wildlife first-hand and to learn more about nature conservation.

This year is the 70th anniversary of the creation of England’s first nature reserve – highlighting a long history of restoring nature and helping to bring green space and wildlife to everyone.

There are now 220 National Nature Reserve sites, spanning a total of more than 103,000 hectares. These nature hotspots are key to efforts to restore nature across England and will play a key role in the nation’s nature recovery network in line with the Government’s key target to halt the decline in wildlife populations by 2030.