You are here: Home > First look at plans for Manchester’s newest green space on a former shopping centre site 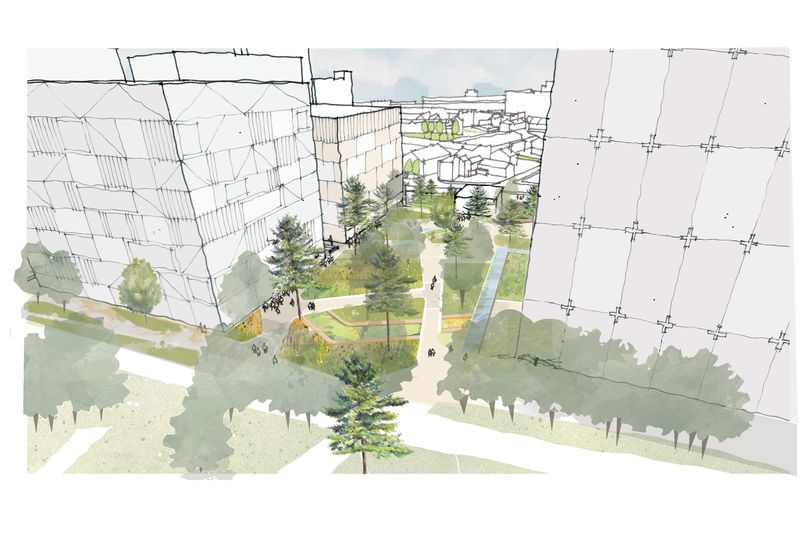 New images reveal how a new proposed green space at Manchester’s Central Retail Park will look once it has been completed.

Recently, the council unveiled its ambitions to transform the dilapidated ex-shopping centre, on Great Ancoats Street, into a huge new office complex, complete with a new park to provide much-needed green space within the city centre. 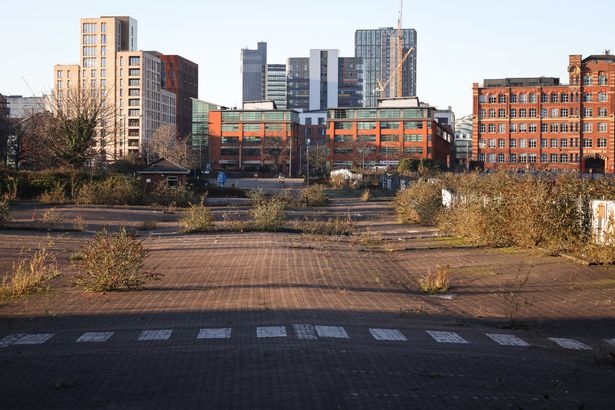 Now Manchester City Council has published new images of the proposed parkland which will be known as ‘The Garden’ as it launches a consultation on the plans. The authority says it will create a new public link through to the adjacent Cotton Field Park, supporting active travel within the Ancoats and New Islington area.

The council says that the new public realm ‘would be open to all’ and ‘could provide a range of spaces from terraced lawns and informal seating to lush planting’.

Bev Craig, leader of Manchester City Council said, “We have an exciting opportunity in the former retail site to bring the long-term regeneration story of New Islington to a close, creating a flagship low carbon, green development that has the potential to create thousands of jobs. At the heart of our proposals is a green public space that will create a link between Great Ancoats and New Islington Marina for the first time, helping to celebrate Cotton Field Park behind.

“We want this to be a truly valuable investment to Manchester’s regeneration programme and a credit to the city centre. As such, we would encourage feedback on our proposals and invite as many people as possible to take part in the consultation.”

There will be two public drop-in events as part of the consultation, which are open to all, including residents, businesses and other organisations, with no need to book in advance.