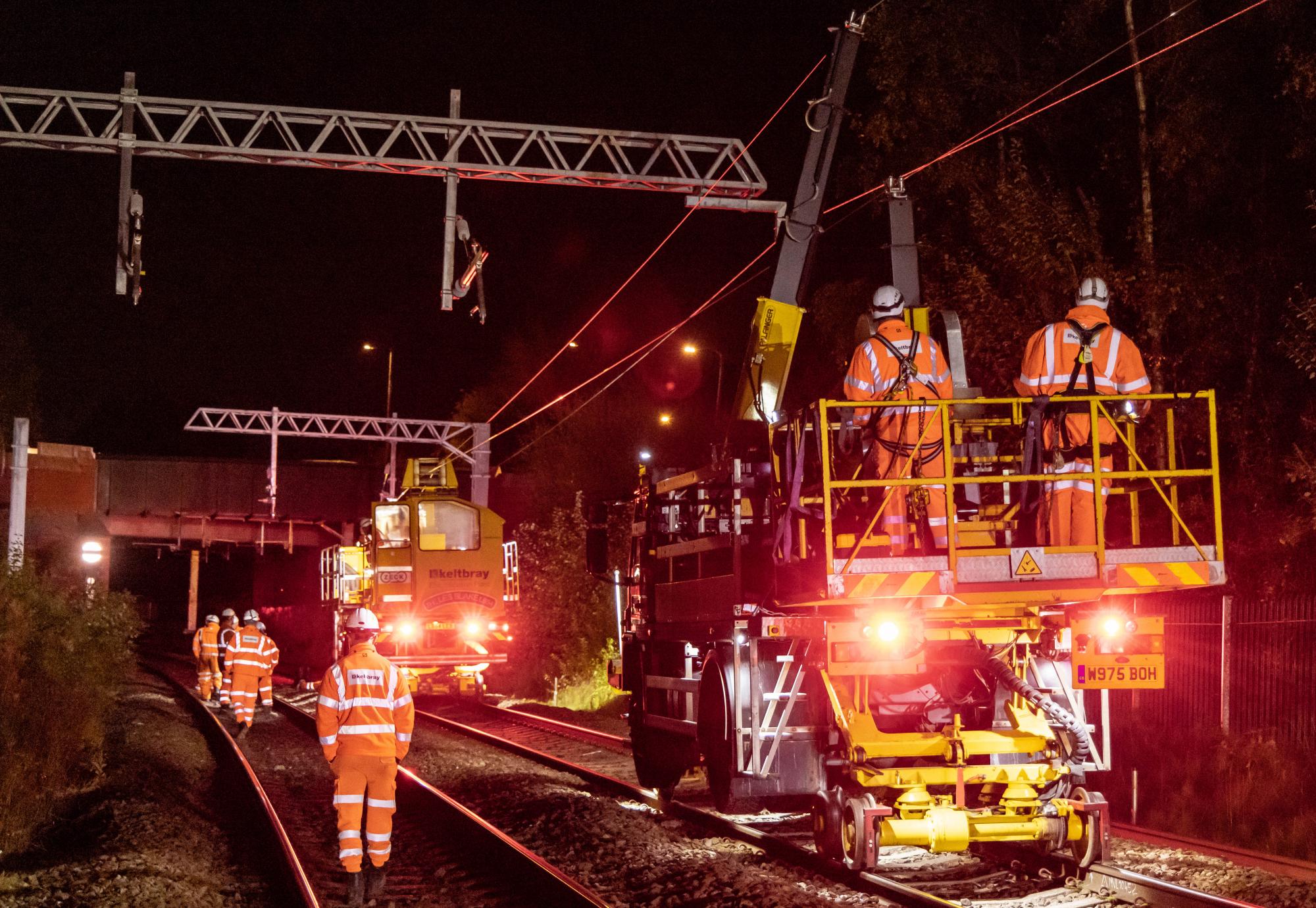 Electric wires that will power faster, cleaner, and more reliable trains have been installed between Manchester and Stalybridge.

The wires are the initial step towards plans for fully electric local services between Manchester and Stalybridge by the middle of the decade. The wiring is part of the multi-billion-pound Transpennine route upgrade which will mean better, greener, and more reliable trains for the people of Greater Manchester.

Electric wires will eventually stretch from Manchester Victoria to York, passing through Huddersfield and Leeds, as part of the upgrade. The multi-billion-pound project will bring one of the countries key travel corridors into the 21st century, with 70-miles of fully electric, digital railway.

The successful installation of the overhead electric wires marks a key steppingstone in the major project to improve services between Manchester and Stalybridge, which will see Stalybridge station close for 26 days in March 2023 while significant upgrades to track and infrastructure take place.

Carrying out the work will see an increase in employment as the workforce will be locally sourced with 80% from a 40-mile radius of the route and 60% from a 25-mile radius. Network rail has also pledged to invest in the younger generation by employing an apprentice for every £4m spent.

Network Rail currently aim to reduce their carbon footprint by 87,000 tonnes of carbon emissions each year, directly supporting the ambitions of the Government to achieve carbon Net-Zero. It’s hoped that by improving the routes to encourage more passengers to use rail services alongside decarbonising the route will contribute to their ambitions significantly.

Optimisation of the Transpennine will also see a further modal shift in the transportation of goods via rail, through the introduction of up to 15 more freight trains into daily services. Together, these freight trains are expected to remove over 1,000 lorries off the road each day.