You are here: Home > Cadent to invest £70m in gas mains upgrades to prepare for hydrogen switch 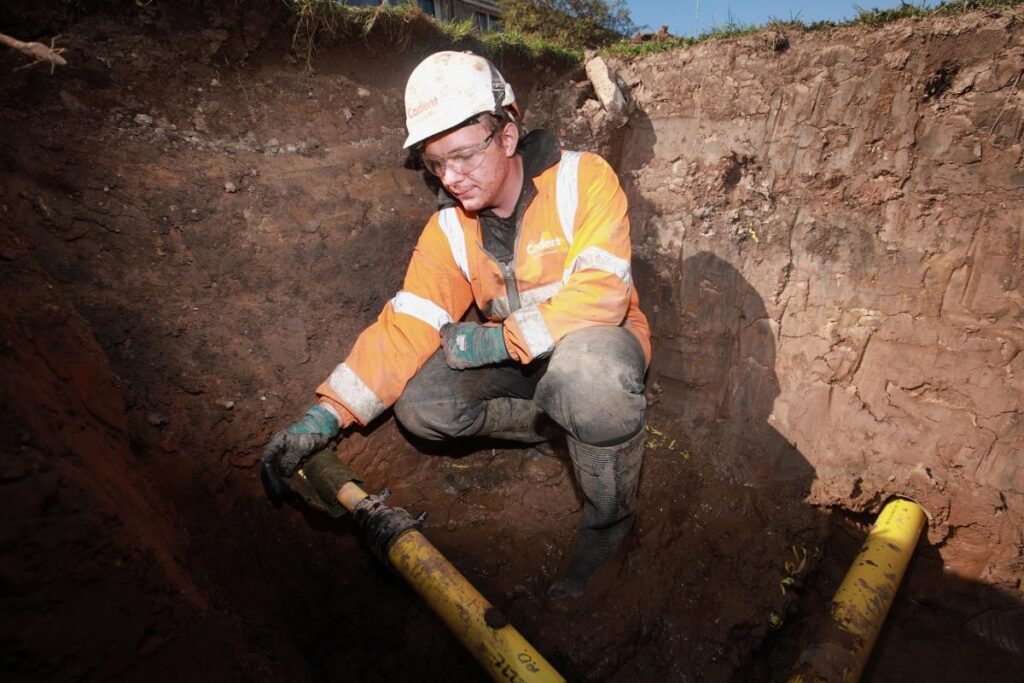 Details of the 2022/23 programme to upgrade the North West’s oldest gas mains – some of which were installed over 100 years ago – have been published, as the region’s gas network continues at pace to prepare for a greener future.

Every year, Cadent replaces around 1.5 per cent of its 34,000km North West underground pipe distribution system. These are mostly ageing metallic mains, which are nearing the end of their safe operating lives. It is all part of a bigger programme taking place over 30 years, and which is due to finish in 2032.

Upgrading to plastic ensures a long-term safe network and also means keeping everything on track to replace fossil gas with hydrogen. This switch is essential to local plans for meeting energy demands in ways that protect the planet more.

The mains replacement programme confirmed for the year April 2022 to March 2023 includes more than 450,000 metres of gas mains across the North West region.

This is the same length as more than 4,300 football pitches, or the same height at more than 2,800 Blackpool Towers. It is almost double the distance, as the crow flies, from the middle of Manchester to central London. 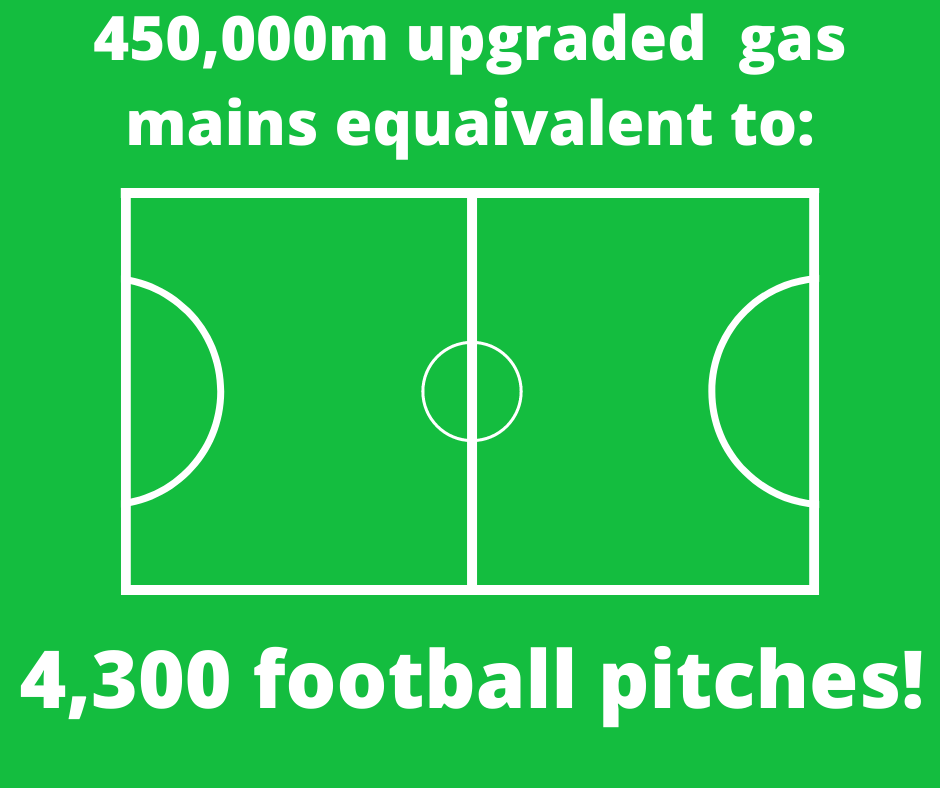 For this year alone, that is £70m investment in the North West gas mains network, with more than 600 engineers employed to deliver the work.

Length of upgrades across Greater Manchester:

Cadent works with the local highways authorities to agree the best and least disruptive timings to carry out these essential upgrades.

Once these start dates have been confirmed, letters are sent to properties impacted or in the vicinity of the work areas, in the weeks that lead up to work starting.

Part of the programme also involves replacing the individual ‘service’ pipes of 50,000 properties. This involves no extra cost for the customer. Cadent will make all the arrangements and give advance notice of when this will happen.

“More than 80 per cent of homes in the North West rely on gas for central heating and it’s our job to make sure they get it, safely and reliably, every minute of every day of the year,” said Craig Horrocks, who heads Cadent’s gas mains upgrade work in the region.

“As our older stock reaches the end of its safe working life, we must replace it.

“We’re also excited by the arrival soon of hydrogen to our networks, which is going to be essential to the North West achieving its targets to reduce carbon emissions.

“In most cases we’re able to insert the new pipe into the old one, a technique that reduces the time of each project and means we don’t have to dig as much.

“It also means an end to what often becomes increasingly-frequent visits – with associated disruption – to repair faults on the older metallic mains, as they start to show signs of age.

“We know it’s not ideal, but my team is determined to move as quickly as they safely can and get the work done with as little disruption as possible.”

Backed by Cadent and many partners, the North West region is set to lead the way in a major shift from fossil gases to hydrogen. Producing only heat and water at point of use, hydrogen is key to a greener energy future and is set to be introduced at volume in the North West during the 2020s, find out more at www.hynet.co.uk